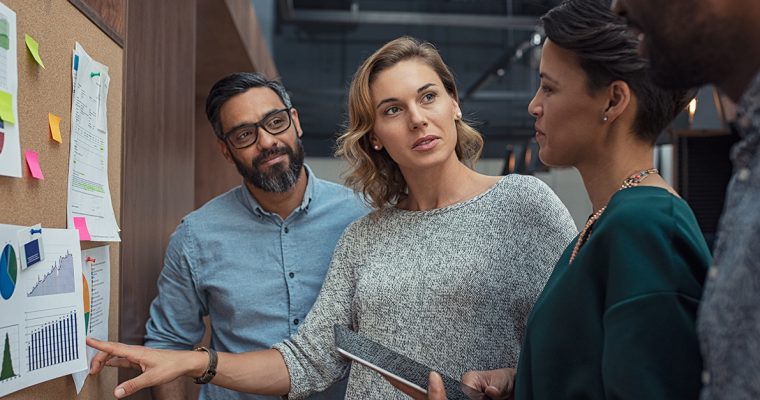 Similar to many other developed nations, the Australian economy is swimming in uncharted waters. Many of the relationships that have underpinned economic behaviour for centuries are being challenged in ways that we can’t quite make sense of, not yet anyway. On top of these challenges for local businesses is the extra conundrum of skill shortages across industries.

US economic data for the month of June 2022 showed, despite drops in the price of crude oil and other commodities such as natural gas and wheat, inflation rose from 8.5 to 9.1 percent. On the other side of the ledger, the unemployment rate in the US in June 2020 was 11 percent. In June 2022, that rate dropped to 3.6 percent. But still, the Federal Reserve data showed the economy shrinking.

In Australia, the situation is a little more orthodox, but still precarious. The unemployment rate for June fell four basis points from 3.9 to 3.5 percent, and the Australian economy grew 0.8 percent in the March 2022 quarter; a 3.3 percent increase on the previous year.

Alongside the growth in the economy and the drop in people without jobs, there is more concerning data. Australia’s inflation rate is growing accordingly alongside many other OECD economies; however, the growth in Australia’s headline inflation (the measure of total inflation within an economy, including commodities such as food and energy prices that tend to be much more volatile) is rate faster than expected. It’s up from 2.86 percent in 2021 to 5.1 percent for the March 2022 financial quarter.

Analysts like KMPG are predicting a challenging Australian economy. As they concede in their Economic Outlook: Q2 2022, “Inflation is accelerating, putting pressure on the cost of living.” Other risks to the economy they note include the emergence of a new COVID variant, official interest rate rises to combat inflation, a pandemic-driven slowdown of the Chinese economy, and the war in the Ukraine.

One of the major factors that will impact how Australia manages economic performance in the near (and, arguably, long-term) future is the shortage of skilled workers in key industries such as aged care, construction, mining, health, and hospitality.  This will be driven by the economic factors addressed above, the phenomenon of The Great Resignation,and fewer overseas workers coming to Australia.

Wages growth, and the impact of that growth on the rate of inflation, is one of the outcomes of this situation, with employers attempting to attract and retain staff. A rise in the cost of goods and services, as well as delivery delays brought about by staff shortages, is another limitation the economy will face, yet there are other downsides to this problem that can have serious repercussions.

The impacts of COVID on Australia’s hospitality sector have been obvious to us when we have gone out for a coffee or a meal with family and friends. Some hospitality and tourism businesses closed their doors permanently, while many cafes and restaurants were able to weather the disruption and uncertainty by reducing their opening hours or pivoting to takeaway-only menus.

As an already heavily casualised industry attempts to get going again, higher employment numbers, lower migration numbers, fewer people entering the country on working visas (traditionally a rich vein for the hospitality industry to tap into) and workers leaving the sector permanently are leading to not only a labour shortage but an experience crisis.

Derek Thompson, staff writer for The Atlantic, defines the concept of ‘experience crisis’ in the following way:

“Let’s say you own a restaurant. Every month during the Great Resignation, one-sixth of your workers quit. Now you’ve got almost all-new kitchen staff and waitstaff, and you can’t train them fast enough. The new chefs keep messing up your nightly specials. The new waiters keep dropping plates. Every week, somebody seems to get COVID. Yes, your restaurant is fully staffed. But are you working at full capacity? Not a chance!”

Thompson continues, “The chief executive of Delta recently described his airline like a real-world version of my hypothetical restaurant, “Since the start of 2021, we’ve hired 18,000 employees,” he said. “A chief issue we’re working through is not hiring but a training and experience bubble, coupling this with the lingering effects of COVID.”

In a local context, it remains to be seen how tolerant Australians can be as a new generation of hospitality workers get thrown in the deep end. Given the widespread negative publicity airlines are experiencing with flight cancellations, lost luggage and refund delays, we have seen that empathy only goes so far.

In a recent interview, James Voortman, CEO of the Australian Automotive Dealer Association (AADA), acknowledged the automotive industry was facing major challenges in attracting and retaining people to the industry, as well as lengthy delays in the supply of new motor vehicles.

As Voortman observes, “I know that a lot of the people coming into the industry see it as an exciting industry to be in because of the fact that they’ll be involved in this transition [to electric vehicles] and they’ll be able to learn these new skills that are required to service, maintain and repair electric vehicles. But there’s a skill shortage in general. And it applies to the workshop, it applies to the showroom with salespeople, with business managers. We’re just like the rest of the country — just struggling to get people.”

Voortman says the industry was addressing ways to make it a more attractive proposition beyond take-home pay.

“We recently joined forces with the Aftermarket Association and the Motor Traders Association of Queensland, and we did a survey of apprentices who have worked in the industry so we can understand why we’re seeing [apprenticeship] completion rates where they are — which isn’t where we want them to be — and what we need to do to make the industry more attractive.”

“We’re also talking to the government about making the skilled migration stream a lot more affordable and a lot more responsive,” he continues. “At the moment, what we’re hearing from members, who before COVID were utilising skilled migrants, is that the system’s just not responding to their needs and isn’t always financially viable.”

When will the economic instability end? How long will we battle skill shortages?

We’re all in the same boat with no concrete answers but, with more choppy waters ahead, we need to learn from each other – one industry to the next – and find new and inventive ways to navigate ourselves out of potential crisis.

Talk to SG Fleet about essential staff benefits programs for your employees.