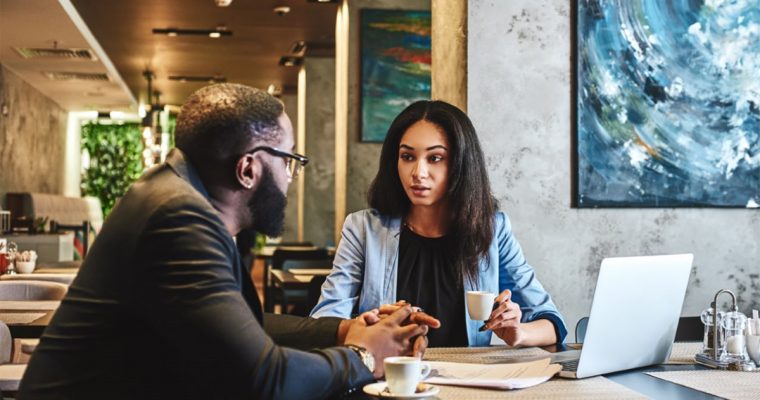 We’re all waiting to see what the future of work in a post-pandemic world will look like. With global vaccination rates increasing, workplaces are beginning to return to something resembling ‘normal’. Many employers are now starting the transition of their workforces from remote back to onsite working.

However, if data from the US is any indication, more and more employees won’t be returning to their old pre-pandemic job roles, leading to what economists, labour market analysts, recruiters and HR professionals are increasingly calling ‘The Great Resignation’.

What is The Great Resignation?

“I first noticed that something weird was happening this past [autumn],” writes Derek Thompson in The Atlantic in 2021. “In April, the number of workers who quit their job in a single month broke an all-time US record. Economists called it the ‘Great Resignation’. But America’s quittin’ spirit was just getting started. In July, even more people left their jobs. In August, quitters set yet another record. That Great Resignation? It just keeps getting greater.”

In fact, the US Bureau of Labour figures for July 2021 showed a record number of resignations — 4.3 million, accounting for 2.9% of the American workforce. In the months since, resignation numbers have continued to hover around that figure and, at the same time, the US job market has seen almost 11 million vacancies.

Careful to point out that The Great Resignation is not as simple as employees clearing out their desks en-masse (resignations actually decreased for workers in the 20 to 25 age range, and resignation rates also fell for those in the 60 to 70 age group), a study undertaken by HR consultant Ian Cook and published in Harvard Business Review found the highest growth in resignation rates came from employees aged between 30 and 45 years old – an average increase of more than 20% for the period between 2020 and 2021.

“Employees in the 25 to 30 and 45+ age groups [also] experienced slightly higher resignation rates than in 2020 (but not as significant an increase as that of the 30-45 group),” confirms Ian Cook.

Why is this happening?

Ian Cook’s study of over nine million employees across 4,000 organisations found the greatest turnover was happening in tech and healthcare. “In general,” he said, “we found that resignation rates were higher among employees who worked in fields that had experienced extreme increases in demand due to the pandemic, likely leading to increased workloads and burnout.”

As Britney Nguyen notes in Business Insider, “In one [US] survey, one in four Americans reported working under a different employer than the one they had before the pandemic, and 26% of those employees are earning a salary at least 10% higher than their last one.”

But the amount of coin (or lack of it) that employees are bringing home isn’t necessarily the be-all-and-end-all for people giving notice. American psychologist Anthony Klotz, who is credited with creating the term ‘The Great Resignation’, credits “pandemic epiphanies” with motivating many workers to depart their jobs for greener pastures.

Nguyen’s Business Insider article also quotes Jerome Ternynck, CEO of SmartRecuiters as saying, “The pandemic has reset people’s purpose in life. The idea that you should wait for your time until the company grows to offer you opportunities is not working.”

It’s a sentiment that Ian Cook’s research shares: “There are a few factors that can help to explain why the increase in resignations has been largely driven by…  mid-level employees. It’s… possible that many of these mid-level employees may have delayed transitioning out of their roles due to the uncertainty caused by the pandemic, meaning that the boost [in resignations] we’ve seen over the last several months could be the result of more than a year’s worth of pent-up resignations.”

Remote working has also impacted talent movement. While many employees will now expect a balance between the demands of being in an office with the flexibility of working from home, remote working has had an effect from the employers’ perspective too.

“It’s possible,” says Cook “that the shift to remote work has led employers to feel that hiring people with little experience would be riskier than usual, since new employees won’t have the benefit of in-person training and guidance. This would create greater demand for mid-career employees, thus giving them greater leverage in securing new positions.”

The Great Resignation in Australia

Closer to home, there’s spirited debate about whether The Great Resignation is a thing at all. According to Mark Wooden and Peter Gahan of the University of Melbourne, Australian workers are changing jobs less than ever before. In the year to February 2021, “The proportion of Australian workers switching jobs fell to an all-time low: 7.6% of employed Australians changed jobs that year, down from a peak of 19.5% in 1988-89.”

So, while there might be a large number of people changing jobs in the US, it’s not necessarily the case here in Australia.

This isn’t to suggest that a Great Resignation, as such, wouldn’t be welcome in Australia’s employment market: “A rise in quit rates would be far from undesirable,” they say. “If job opportunities improve as the economy opens, and competition for workers increases, quit rates should increase as more workers seek to move to jobs providing better wages and opportunities. But we repeat: there would be nothing unusual or undesirable about this.”

No room for complacency

Whether ‘The Great Resignation’ is happening in Australia or not, the writing is on the wall for employers and HR professionals. The common thread running through just about any employee survey taken in the last 12 months indicates that a significant number of people want to change jobs but the opportunities aren’t there.

According to data published by Employment Hero, 40% of Australian workers suggested they would be looking to find new jobs within the next six months, while 15% were already actively looking to change employers. Money is a significant factor: Close to half of the survey respondents said that a pay rise would keep them in their current position. Only 25% said they would remain in their current role with a promotion only.

“More than six in 10 prospective job seekers said they were primarily motivated to leave by a lack of career opportunities or no pay rise,” the study found. “A lack of recognition from their bosses and poor company culture were also identified as contributing factors.”

As HR professionals would be all-too aware, the reality is that the ability to offer pay rises is rare in the current climate. Our HR in the Drivers’ Seat podcast series discussed at length the approach employers would need to take to attract and retain top-performing talent.

It’s a sentiment strongly echoed by Adam Schwab, co-founder of Luxury Escapes, in an article published on Crikey. Like Wooden and Gahan, he believes there’s no Great Resignation in Australia at present but, if the US trend does find its way here, “businesses that treat employees well — not merely in terms of remuneration, but through career progression, respect and learning — will continue to attract great talent. Those who treat them poorly will naturally struggle to attract and retain outstanding staff.”

Although there are some complex reasons driving it, there is significant movement occurring in the job market in the US. We may not be experiencing The Great Resignation trend in Australia but it does not pay for us to be complacent.

As more Australians return to the workplace after almost two years of remote working, organisations will be challenged to provide higher remuneration and adopt a mix of hybrid working options to better balance the demands of post-pandemic working. Organisations who fail to adapt will face increased turnover and difficulty in attracting high-performing employees – a great resignation of their own.

Speak to us about how our salary packaging and novated leasing programs can be an essential part of your employee offering.