Driving Insights
Previous articleWhat does it really cost to run your car?
Next ArticleTips for safe and happy holiday road trips
- Back to all articles - 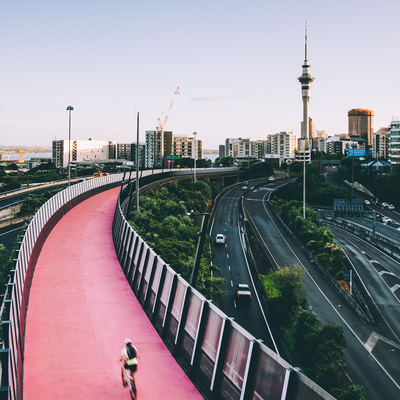 As many of today’s older employees reach retirement age, Millennials (those people born roughly between 1981 and1997) are fast making up the bulk of our workforces. And the expectations of these Millennials, when it comes to staff benefits, differ quite significantly from the generations that came before them.

Among a range of interesting findings discovered in a Deloitte survey of almost 8,000 Millennials, there were certain shifts in values identified that employers might find useful to bear in mind when engaging younger workers.

Specifically, three-quarters of respondents to the survey said businesses were currently too focused on their own agendas, and even suggested corporations could do with ‘a restart’ to reprioritise their concern towards societal matters. Respondents also said employee wellbeing and development should be an organisation’s utmost priority.

The report also found that Millennials were more likely to stay with an employer when the company’s values were in alignment with their own. Seventy-seven percent regarded their employer’s sense of purpose as part of the reason why they work in their current role.

For many organisations, their employee benefits program is a key tool for attracting and retaining high-performing staff. But, with the most recent group of workers concerned with making a positive impact on environmental sustainability and issues like climate change, owning a vehicle has steadily become less appealing.

The way in which people commute to and from work, or travel around our cities outside of business hours, is changing rapidly.

As well as time-honoured alternatives to driving – think public transport and cycling – there’s now a greater demand for services such as ride-sharing platforms, car-sharing services or other alternative methods of transportation such as micro scooters and eBikes.

The ability to utilise a variety of transport options is an increasingly appealing solution for many people living in our growing and ever-changing cities.

In more and more circumstances, forward-thinking organisations around the world are developing ways of including new, mixed mobility into their employee benefits programs. This is a tangible demonstration of an organisation’s commitment to reflecting their evolving staff values.

Recognising and understanding this shift in employee and staff attitudes, LeasePlan has recently partnered with an eBike-leasing organisation, E-stralian.

Thijs van der Heijden, founder of E-Stralian, explains that eBikes are a fairly straight-forward concept, despite being relatively unfamiliar to many Australians.

“An eBike basically works the same as a normal bike,” he says. “You ride it like a normal bike and it looks like a normal bike but it’s got an engine, and that means you don’t get sweaty. So, if you’ve got a hill or a headwind, an eBike is going to make that a lot easier for you.”

Van der Heijden also believes eBikes have a number of advantages over driving your own vehicle or relying on public transport.

“People get to work in many different ways,” he says. “Many people drive and, especially in the inner city, that means you often get stuck in traffic. Many people also take public transport. And that means you’re at the mercy of a timetable. The eBike is a great alternative to all of that.”

With many people concerned about road congestion and the increasing number of cycling injuries and deaths on Australian roads, an eBike won’t be every employee’s cup of tea. But, as the trend among a new generation of workers prioritises work/life balance, effectively managing cost of living pressures and our concern for the improving world in which we inhabit, the option of an eBike might be a practical, enjoyable and lifestyle-enhancing option.

Want to know more? Talk to LeasePlan about how you can add e-bikes to your staff benefits program