Driving Insights
Previous articleDeveloping your business case to transition to EV
Next ArticleAre your employees ready for ebikes?
- Back to all articles - 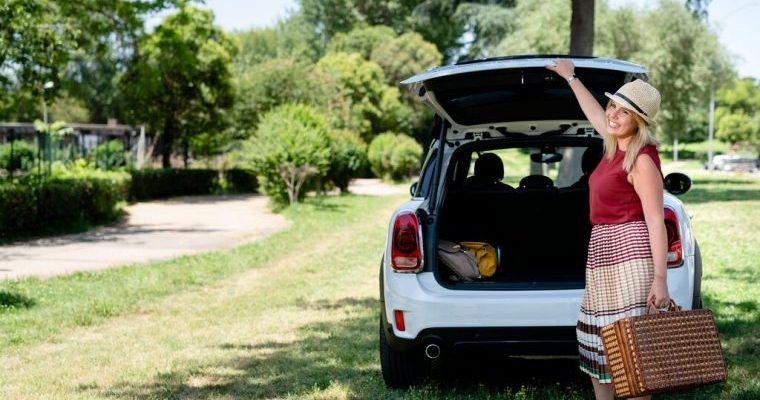 Being able to truly afford a car is more than just coming up with the drive-away price and meeting any monthly finance obligations. Factoring in the ‘whole of life’ running costs of your vehicle is also an important exercise when landing on the car, truck or light commercial that’s right for you.

In August 2019, the Australian Automobile Association – in conjunction with SGS Economics and Planning – released their latest Transport Affordability Index, which is a measure of “the costs of transport for typical households in Australia and is regularly updated to show how transport costs change relative to incomes.”

As well as providing information on vehicle running costs in all Australian capital cities, the index provides data for some of our largest regional cities – Alice Springs, Bunbury, Geelong, Launceston, Mount Gambier, Townsville and Wagga Wagga.

In this Index, data across eight key areas of cost creates a broader, clearer picture of actual running costs. They are:

Taking into account many of the factors that influence the difference in running costs between states (e.g. road levies, sales tax on new car purchases, fuel excises, etc.), the Transport Affordability Index provides a handy foundation for looking at the real costs of running a car.

The capital city trend is replicated across regions. Car loan payments increased quarter-on-quarter from $127 per week to $133. Geelong heads the list ($133.72) and Wagga Wagga rounds out the seven regions measured with households paying an average of $132.51 per week.

Canberra is the most expensive city for rego and licensing costs at $38.49 per week, compared to Hobart – the least expensive – at $22.90. As the Index’s authors note, “When the June quarter figures are annualised, the typical Hobart household spends $810 per year less than the typical Canberra household.”

Bunbury households spend the most in this category ($31 per week) and Launceston households enjoy the lowest weekly costs at $22.90, which represents a difference of $452 when annualised.

According to the Transport Affordability Index, insurance costs decreased overall quarter-on-quarter from $24.63 to $24.11 for metro households, with regional households also experiencing a slight drop – $19.80 to $19.61 respectively.

Melburnians pay the highest weekly insurance costs at an average of $33.52, and Darwin has the second most expensive household insurance costs at $27.44 per week. The cheapest capital city in this category is Perth at $15.63. Annualised, the insurance costs between Melbourne and Perth represent a saving of $930 in Perth’s favour.

Regionally, Alice Springs’ household insurance costs come in at $27 per week, compared to Bunbury – the lowest – at $11.80. Interestingly, the Index notes, “the Typical Geelong family spends… $647 [per] year less on comprehensive insurance costs than the typical Melbourne family.” Not bad when you consider that Geelong is only approximately one hour’s drive from Melbourne’s CBD!

The overall cost of maintaining a new or used car is highest in Canberra ($38.27 per week) and lowest in Adelaide ($23.89 per week). Annualised, the difference between Canberra and Adelaide is $748.

In the regions measured, Alice Springs is the most expensive at $33.29 per week and Launceston is the cheapest at $22.43. This represents an annualised difference of $565 in favour of the good people of Launceston.

The Index reports that fuel costs “increased across the country” in the June quarter. The average Australian capital city price of regular unleaded petrol rose 12.1 cents per litre [CPL] from 134.7 to 146.8 CPL. If fuel prices were to remain at that level, fuel expenditure for the typical city household would increase by about $293 per year.”

Hobart households experienced the biggest jump in fuel expenditure with an 8.3 CPL rise quarter-on-quarter to 153.2 CPL, the equivalent of $78.11 per week. Darwin households paid 142.9 CPL on fuel, or $72.60 per week less, representing a $287 cost difference between Darwin and Hobart.

Public Transport costs remain unchanged in all of the major cities with the exception of Sydney. Perth households pay the most per week to use their public transport network ($60.30), while Darwin households pay $20 per week.

Melbourne, Sydney and Brisbane are presently the only Australian cities that feature toll roads. Sydney households spend $83 per week on tolls, while $51 is spent in Brisbane and $49 in Melbourne.

Tasmanian households ‘enjoy’ the highest ongoing roadside assistance costs – $2.15 per week and $112 annually – while Queensland households spend $1.87 per week, or $97 per year.

Transport is a significant and unavoidable cost to households

“Transport is a significant and unavoidable cost to households,” said Michael Bradley, the Managing Director of the Australian Automobile Association. “The cumulative effect of continued high transport costs is a heavy burden at a time when Australians are feeling cost of living pressures across the board.”

Being able to afford a car is one thing, being able to meet the real costs of running your car on a week-to-week basis is another challenge all together. Knowing what you’re up for gives you the predictability to manage your costs on an ongoing basis.

Unlike buying outright, the price of a lease takes the total cost into account, so is a good way to establish how much the car you’re looking at buying will cost to run.

Want to know how novated leasing can give you even more control over your motor vehicles costs? Start a conversation with LeasePlan today.