Driving Insights
Previous articleThe changing face of mobility in Australia
Next ArticleBusted: What you thought you knew about electric vehicles
- Back to all articles - 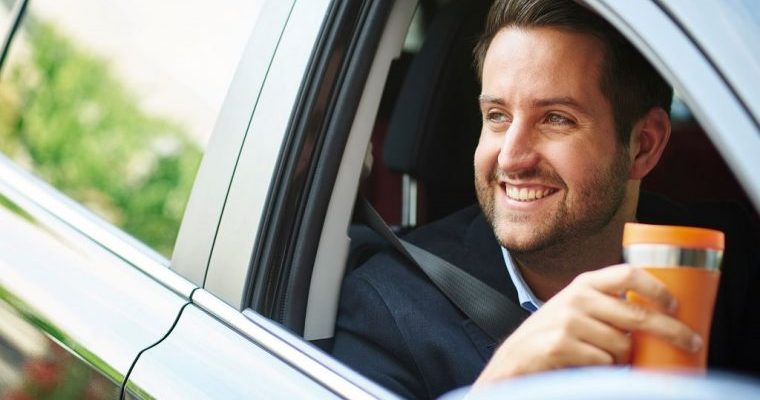 Reducing the number of people killed on Australian roads has long been a focus for governments, road safety advocates, motoring bodies and community groups. Alarmingly, following years of steady decline, 2019 figures suggest the total amount of deaths on our roads is trending upwards. More needs to be done. Just one life lost is one too many.

The financial cost of road trauma and vehicle accidents is well known. The most recent research from the Department of Infrastructure, Regional Development and Cities in 2017 estimates the annual cost of road trauma to the national economy at around the $27 billion dollar mark. Putting this in perspective, research conducted by the Centre for Accident Research and Road Safety Queensland (CARRS-Q) suggests road trauma costs Australia approximately $A70 million per day, which is the same as the nation’s defence budget.

At the organisational level, motor vehicle accidents and road trauma can adversely affect the workplace.

For businesses that rely on motor vehicles, having a car, truck or bus off the road has a significant financial cost. Apart from the actual repair bill, there’s a myriad of expenses that might not readily come to mind to anyone outside of fleet management and finance – lost productivity, administration charges, increased insurance premiums, possible ongoing workplace health and safety costs in the form of workers’ compensation and even third-party injury expenses.

The cost of road trauma

In an interview with ABC’s Melissa Maddison, CARRS-Q’s Professor Narelle Howarth explained that the cost of road trauma “does not provide a true reflection of the impact of road trauma.” She admits, “Fatalities are just the tip of the iceberg and hide the true magnitude and nature of road trauma.”

Reflecting on the case of Anita Camilleri, a mother critically injured in a serious collision west of Mackay in 2018, the psychological trauma from the incident has extended across her family, beyond those people directly involved in the actual collision.

“Seth [Anita’s son] didn’t want to go to school because something might happen if he wasn’t there to protect her,” Anita told the ABC. “He also had struggles after the crash, which we had to help him through with a psychologist. [Her daughter who was also in the vehicle when the collision occurred] would often wake from night terrors… [replaying] the impact of the crash over and over in her head.”

The psychological repercussions on individuals who experience road trauma are substantial. A University of Sydney report found that psychological distress for people who suffer musculo-skeletal, traumatic brain or spinal chord injuries as a result of motor vehicle accidents was likely to “remain elevated for at least [three] years [post–accident].”

While it’s important to make the distinction that Anita Camilleri’s accident wasn’t a workplace or work-vehicle related incident, the evidence still remains. In a HR setting, it’s becoming clearer there are challenges in managing the return to work of employees involved in motor vehicle accidents beyond the physical benchmarks. This also suggests the possibility of increases in staff turnover in situations where the employees are so affected they feel no longer able to do their jobs.

In the bigger picture, there are also monumental risks to an organisation’s reputation when employees of a company are involved in motor vehicle accidents, especially if the company’s vehicle fleet isn’t up-to-date or lacks modern safety features.

As Chris Park, Manager of Strategic Fleet Consulting for LeasePlan Australia and New Zealand notes, “[Vehicles] are a place of work, and they need to be fit-for-purpose, well-maintained and safe. If somebody has a serious accident or fatality, what’s that going to look like in terms of reputational damage to the organisation? There’s a huge reputational risk around really old fleets. There’s a very significant risk if they’re poorly maintained.”

So how can HR professionals play a role in minimising the impacts of the human costs associated with road trauma?

Susan Harris, CEO of transport sustainability and technology not-for-profit, Intelligent Transport Systems (ITS), believes HR managers have an opportunity to work alongside fleet managers to reduce the human cost of road trauma. Technology has a role to play but managing and promoting the right kind of driving behaviours is a vital initiative to champion within organisational departments.

“Let drivers know they’re driving for work,” explains Susan. “Let them know you have an expectation as to how they should be driving. You should also have some information to give them about how they’re driving.”

“Work with them to coach them,” she concludes. “And help bring them up to the level of driving that your organisation is looking for. You need to be working with your people, rather than enforcing a Big Brother approach.”