Driving Insights
Previous articleIs now the time to look at sale and leaseback for your fleet?
Next ArticleHow COVID has forced car dealers to re-think
- Back to all articles - 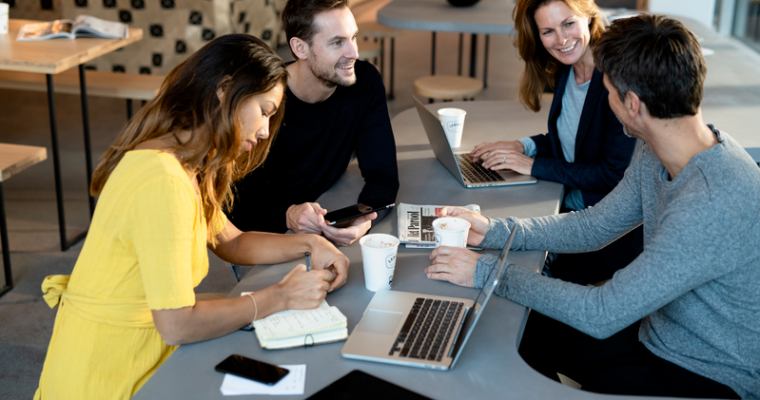 In early August 2021, the United Nation’s Intergovernmental Panel on Climate Change (IPCC) released its Sixth Assessment Report on the progress of climate change, and the panel’s latest findings are alarming, to say the least.

Upon the report’s release, the UN Secretary-General Antonio Guterres described it as a “code red for humanity”.

The alarm bells are deafening and the evidence is irrefutable

“The alarm bells are deafening and the evidence is irrefutable,” he said. “Greenhouse gas emissions from fossil fuel burning and deforestation are choking our planet and putting billions of people at immediate risk.”

“This report must sound a death knell for coal and fossil fuels before they destroy our planet,” he added. “The viability of our societies depends on leaders from government, business and civil society uniting behind policies, actions and investments that will limit temperature rise to 1.5 degrees Celsius.”

One of the report’s key findings is the Earth may only be a decade away from heating more than 1.5 degrees Celsius. While 1.5 degrees might not sound particularly frightening, the ABC’s Michael Slezak and Penny Timms describe this increase as the “threshold beyond which even more serious and frequent fires, droughts, floods and cyclones are expected to wreak havoc on humanity.”

What was once considered a distant tipping point – the place from which irreversible environmental and socio-economic damage cannot be undone – is much closer than anyone could have imagined. If nothing changes.

What does the IPCC report mean for the future of our workplaces?

Workplaces reflect our economic and social worlds. For a number of decades, the overwhelming public support for protecting both our environment and conserving natural resources has impacted significantly on the way workplaces function.

Reports such as the IPCC’s only serve to place more pressure on businesses and employees to minimise the impacts of fossil fuel emissions on the way we live and the way we work, acting as the driving force behind further change in the way we conduct ourselves at work.

But with the world undergoing unprecedented changes due to digitisation, technological development and the Coronavirus pandemic, just what that change might look like is hard to pinpoint.

Global consulting firm PWC, released a paper called Workforce of the future: The competing forces shaping 2030, which offers an interesting starting point. The report’s authors believe that four powerful forces – collectivism (fairness and equality), individualism (me first), integration and fragmentation – will shape the way business and workplaces may look in the coming 10 to 20 years.

In presenting this analysis of t the workplace of the future, they created a model called The Four Worlds of Work in 2030 (pp. 11-27).

The Four Worlds they envision are broken down into the following categories:

The Red World has innovation and entrepreneurialism as its defining characteristics, traits found in abundance in Silicon Valley and other global tech hubs.

As the author’s note, “Organisations and individuals race to give consumers what they want [in this world]. Innovation outpaces regulation. Digital platforms give outsized reach and influence to those with a winning idea.”

The Red World falls within a work world that focuses on the forces of individualism and fragmentation: “In a world with few rules, a vibrant market of specialists and niche profit-makers race to serve the needs of individuals and powerful affinity groups.”

The Blue World can arguably be seen as a continuation of our current status quo.

“Big company capitalism rules as organisations continue to grow bigger and individual preferences trump beliefs about social responsibility,” the authors say. “Companies see their size and influence as the best way to protect their… profit margins against intense competition from their peers and aggressive new market entrants… A corporate career separates the haves from the have nots.”

Like the Red World, the Blue World leans heavily toward individualism.

“For workers in the Blue World, the pressure to perform is relentless. Those with a permanent role enjoy excellent rewards, as do in‑demand contract workers with specialist skills – but both know that their future employability depends on keeping their leading‑edge skills relevant.”

The Yellow World of work has a much stronger people focus than its Red and Blue counterparts, where, as the authors state, “fairness and social good are dominant.”

“Businesses with a heart and artisans thrive in a bustling and creative market with a strong emphasis on ethics and fairness… In the Yellow World, workers and companies seek out greater meaning and relevance in what they do. A strong desire for ‘fairness’ in the distribution of wealth, resources and privilege drives public policy, leading to increased government intervention and consumers and workers voting with their feet. Workers find flexibility, autonomy and fulfilment, working for organisations with a strong social and ethical record.”

The focus of the Green World is not likely to come as a surprise. In this world of work, “​​the need for a powerful social conscience is paramount.”

As the authors note, “Workers and consumers show loyalty towards organisations that do right by their employees and the wider world. Corporate responsibility isn’t just a nice‑to‑have – it’s a business imperative. Companies are open, collaborative organisations that see themselves as playing an essential role in developing their employees and supporting local communities.”

“Reacting to public opinion, increasingly scarce natural resources and stringent international regulations, companies push a strong ethical and green agenda,” they continue. “This is characterised by a strong social conscience, a sense of environmental responsibility, a focus on diversity, human rights and fairness of all kinds and a recognition that business has an impact that goes well beyond the financial.”

Exactly what workplaces of the future will look like won’t be influenced by the forces of technological and cultural change alone. In the context of the latest IPCC report, many companies — whether they would identify culturally, or in terms of their organisational DNA, as Red, Blue or Yellow world businesses — are already responding in ways that are consistent with PWC’s Green World model, given that future generations and the health of the planet depends on it. In other words, we have no choice if we want to continue as a species.

As more and more companies investigate measures like sustainable mobility, electric vehicles and invest in workplace refits that adopt a range of sustainable design principles to reduce energy consumption, the here and now reality is the Green World model will have a universal impact on how we work in the future.

Want more of the Green World in your workplace? Download our free whitepapers – Making Moves Towards Sustainable Mobility and How to Plan an Electric Future for Your Fleet