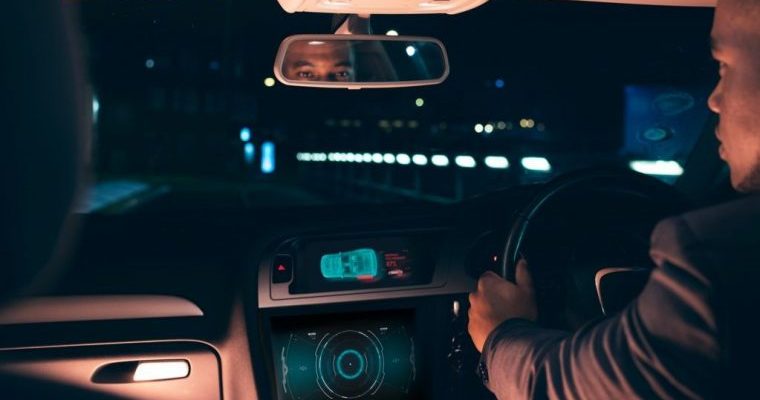 Though smartphones had been around prior to 2007, when Steve Jobs and his team at Apple launched the first range of iPhones, they shepherded in new benchmarks in how we communicate with each other and access information. In many ways, the motor vehicle is arguably on the precipice of a similar stage in its evolution.

“Whether we’re going to have electric-powered cars, hydrogen-powered cars or plug-in hybrid cars, the car as we know it is going through a very sizeable change,” pronounces Andrew Maclean, National Editor of Fairfax Media’s motoring website, Drive.com.au.

“The ‘car’ is at really definitive crossroads,” he continues. “There will always be cars that appeal to people who want to [literally] drive a car. If you use the horse as an analogy, 150 years ago before we had cars, the horse was the only form of transport for most people – whether it was pulling cargo, ploughing the field or getting you to school and back. Once the car came along and took over that role, we now groom [horses], preen [horses], ride [horses], jump them and race them and things like that. The driving car – the car that we drive – will eventually become a leisure/pastime.”

Although the timeframe for this change in relationship with motoring is still a long way off, the foundations of the technology that underpins autonomous – or driverless – cars are progressing at an unstoppable pace.

Already, we have access to the kind of technology that experts agree form the foundations of a new means of motoring.

“They’re called ‘assistance systems’ at the moment, rather than ‘autonomous systems’,” explains Andrew. “Technically, you’re not allowed to drive without your hands on the wheel and your eyes off the road but things such as automated braking and lane change sensors are there to assist when you’re tired or distracted.”

“In peak hour traffic, for example, you’ll be able to flick the autopilot button and it will keep you in your lane and keep you travelling in traffic for uninterrupted distance and time,” says Andrew. “The first car to use this level – what we call ‘level-three autonomy’ – is the Audi A8, which comes on sale in Australia later in 2018.”

While level-four automation is arguably some ways off, it contains some pretty exciting concepts. “A car will still have its steering wheel,” clarifies Andrew. “But you’ll be able to have hands-off, eyes-off driving to the point where you can plug it into autopilot on a freeway or in the city – anywhere you like – and you’ll be able to read the paper while ‘driving’. The car still has a steering wheel, so you can choose to drive it when you need to or want to, but you probably won’t be able to do autonomous driving on dirt roads; there won’t be the mappings or markings to do so.”

The final frontier of automated driving is known as level-five autonomy. This is the driverless pod where your vehicle won’t have a driver and it won’t even have a steering wheel. It will be just like stepping into a taxi – you get in it and get out of it when you need to.

So what are some of the safety features being incorporated in today’s new cars that owe their origins to the development of autonomous motoring?

Automated emergency braking, in the words of Andrew Maclean, “uses forward-facing radar and, generally, a camera in the windscreen, which combine to ‘read’ the road ahead.”

“If the system assesses that you’re travelling faster than the car ahead of you and there’s a chance of a collision, it will bring up a warning – whether it’s a light or an alarm in the dashboard – and then start braking itself, allowing you to take over and avoid the crash or, hopefully, lessen the impact, if anything.”

“If you recognise that you could, for example, change lanes or steer away from the accident, [the automated braking system] won’t keep you in a straight line if you take over but it will start braking automatically for you. That’s a fundamental safety application and it’s becoming mandatory to score a five-star crash test rating from the Australian New Car Assessment Program (ANCAP).”

Building on the sensory technology that powers automated braking, lane-changing assistance is another safety package developed as part of the progression to driverless vehicles.

Using additional sensors, radar and camera that complement automated braking tech, you just use the indicator switch and the car will automatically change lanes when it’s safe to do so.

Using radar cruise control, sensors combine to keep your car at a safe distance behind the vehicle ahead.

Voice recognition and artificial intelligence is the next frontier in driver assistance technology.

“The new Mercedes-Benz A Class, which is due in Australia in 2018, has probably the most advanced connectivity in the market,” observes Andrew. “You can ask it things like ‘do I need an umbrella this afternoon?’ and it will bring up the weather report for the destination you’re traveling to, and the time you’re supposedly getting there.”

In terms of artificial intelligence, the future holds some pretty impressive advances when it comes to motoring. “The car is going to become a lot smarter and a lot more intuitive and connected,” predicts Andrew.

“Say, for example, your drive to work involves a consistent stop at a particular coffee shop or you call your boss at a certain time of the morning, listen to the same radio station on your morning commute and then something different in the afternoon. Your car will actually learn that, and bring up everything up as your ‘favourites’ for certain times of the day.”

“You could be listening to a song on your phone as you’re walking up to the car and, when you open the door, that song is seamlessly playing on the car’s audio system by the time you’re sitting in the seat.”

A.I. and connectivity aside, many of the safety features and driver assistance features mentioned by Andrew are not exclusive to $100,000 luxury cars and above. “Driver safety assistance systems, like radar cruise control, are already available on smaller vehicles retailing around the $15,000 price point,” confirms Andrew. “The technology is trickling down pretty quickly to mainstream and affordable cars.”

“From a safety perspective there’s a huge amount of technology advances coming through as we lead into the era of autonomous motoring.”