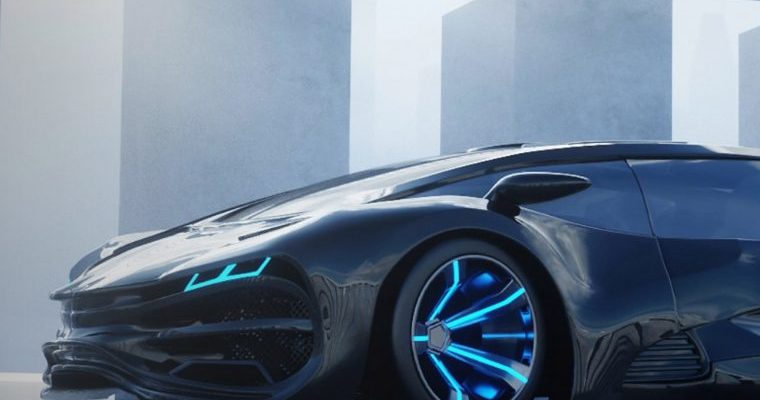 It’s no secret, at LeasePlan, we believe the future of motoring is green and clean. While electric vehicles (EVs) and petrol-hybrid electric vehicles (PHEVs) grow in popularity and the nascent supporting infrastructure continues to evolve here in Australia, there have been a number of interesting advances in EV tech overseas.

Here are some of the latest happenings in the world of EVs right now, which are indicative of the next wave of motoring and fleet management.

This truck’s for you

One of life’s simple pleasures after a long, trying day is to wind down with a drink. If that drink happens to be beer, and your beer of choice is a Corona or a Stella Artois –and you happen to be concerned about the environmental impact of vehicle emissions – your beer might soon become that little bit more refreshing.

In an article that first appeared at reneweconomy.com.au in 2018, Bede Doherty reported that one of the biggest brewers in the United States, Anheuser-Busch (best known for Budweiser beer as well as Stella, Corona, Beck’s and a range of other labels) placed an order for 800 hydrogen fuel cell EV (FCEV) prime movers with Nikola for delivery in 2020.

Not only is Anheuser–Busch doing its part for the environment by reducing the company’s carbon emission footprint, the deal highlights the impressive savings available to business fleets and the advances in FCEV technology.

According to Nikola’s specs, the prime movers have a similar refuelling time to their diesel counterparts, double the horsepower, greater torque (2,000 ft-lbs versus 1,6540 for diesel) a 400-kilometre greater fuel range, acceleration from zero to 100kp/h under load in 30 seconds (compared to 60 seconds for diesel) and achieves a fuel-consumption rate of 49 kilometers per-litre, compared to 28 litres per-kilometre for diesel.

One of the biggest objections commonly heard when it comes to the growth of EVs in Australia is the dearth of options in the light commercials and ute category. While not just around the corner in terms of availability in Australian markets, it would seem, for those who are prepared to wait, the answer to your ute/commercial vehicle prayers is on the way.

Speaking on the podcast Ride the Lightning, Elon Musk claimed Tesla’s planned ute/pick up truck “will be better than [a Ford] F-150 in terms of truck-like functionality, and be a better sports car than a standard [Porsche] 911. That’s the aspiration.” As is often the case with Musk’s pronouncements, there has been widespread skepticism about the ability of Tesla to deliver such a vehicle.

Rather than get bogged down in technicalities, the Ford Motor Company –“desperate to defend it’s highly profitable pick-up franchise from emerging all-electric truck competitors such as Tesla,” wrote CNBC’s Michael Wayland  – replied to Musk with a video demonstrating the towing capabilities of its pick-up truck/ute prototype, which Ford stressed was very much a demonstration of capability and “far beyond any production truck’s published capacity.”

As CNBC notes, “The weight in the video is roughly four times more than the 300,000 pounds (136,000 kilograms) Tesla CEO Elon Musk tweeted Tesla’s pickup would be capable of towing.”

Whether he can deliver on his ute’s stated aims is one thing – and if we know anything about Elon Musk, he’s got a solid track-record of proving his doubters wrong – it’s safe to say, with Tesla and Ford going tête-à-tête on electric ute development, the prayers of fleet managers and small business owners waiting for an affordable, reliable commercial battery-powered ute option are on the way to being realised.

We’ve focused a lot on cars and trucks but there have also been some interesting developments in the world of electric motorcycles, and one of the marques driving the advancement of electronic motorcycles may surprise you.

This brand has been synonymous with the image of motorcycling and ‘freedom’ for generations. The gold standard when it comes to power and performance, Harley Davidson recently held a first-drive event for journalists in July to showcase their electric motorcycle concept, the Livewire.

As Eric Evarts reports, the Livewire has a range of 234 kilometres in city riding conditions, via a 15.5 kWh battery. This drops to 112 kilometres on the highway. On a fast charger, Harley Davidson says the bike charges to 80 percent in 40 minutes, with full power achieved in an hour. A standard DC charge at home will take around 11 hours to bring the battery up to full capacity.

Expected to hit US markets later in 2019, Harley Davidson’s spec sheet says the Livewire weighs in at just under 250 kilograms. Its liquid-cooled electric motor – mounted longitudinally at the bottom of the chassis – delivers 78kW/81Nm, and can do zero to 100 km/h in three seconds. It’s limited to a top speed of 161 km/h, and will lighten your pockets to the tune of almost $US31,000 ($AUD44,400).

Have you heard this one

The stealthy silence of new EVs will need to change. New EU regulations require all new EVs from 1 July 2019 to be fitted with an Acoustic Vehicle Alert System (AVAS) that emits sound at 56dB at speeds below 20km/h. Similar rules are due to be introduced in the US in September 2020.

Why all the fuss? Although cutting noise pollution has always been part of the attraction when it comes to EVs, cars without sound have two major drawbacks.

First, they are less safe. Cars travelling at low speeds make less sound on the tarmac and through the air. The blind are particularly vulnerable. The UK-based Guide Dogs charity argues that — visually impaired or not — 80% of how we sense danger is through hearing.

Second, sound adds pleasure to the experience of driving. The purr of a Ford Mustang or Chevrolet are part of what lifted early motoring beyond function to aspiration.

Intelligent sound design could hold the answer for car manufacturers looking for ways to meet safety requirements, while still offering drivers a sense of automotive personality. A number of different approaches are currently being tested.

Oddly enough, serial disruptor Tesla is following a more traditional path with a reportedly near perfect sound replica of a V8 engine. Other manufacturers are seeing if the driver’s desired emotions can be translated into more futuristic sounds. BMW and Nissan are stretching convention with sounds that re-imagine the dynamism and sense of adventure driving entails.

While futuristic sounds are a great talking point and publicity tool, it remains to be seen where customer preferences will eventually lie. What is certain is that consumers will initially jump at the chance to personalise their drive. The experience of mobile phone ringtones suggests, however, that after an initial giddy period, sounds will become more sober. Drivers in the end will look for sounds that make driving feel more like driving. The better that sound designers can capture and enhance this feeling, the more popular and enduring their sounds will become.

Start a conversation with LeasePlan today to learn how we can help you to start electric.