Driving Insights
Previous articleKeep your vehicle in shape during the coronavirus lockdown
Next ArticleAutomotive, fleet and coronavirus – what to do
- Back to all articles - 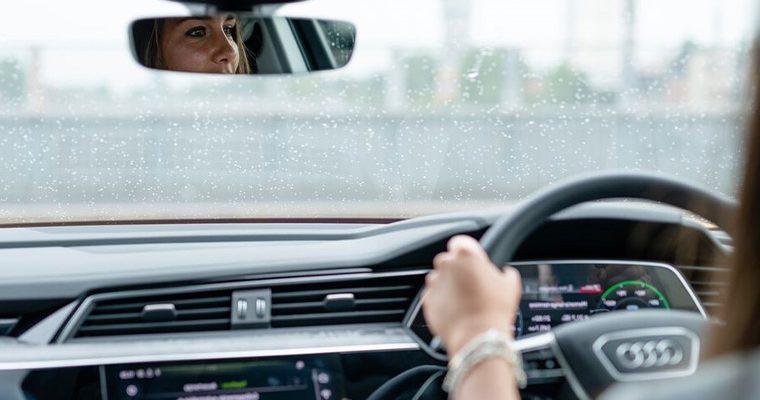 With the uncertainty around the COVID-19 epidemic, we understand you are under a lot of pressure to maintain both staff employment and morale. Keeping up communication with your people can be stressful, but is absolutely essential to keeping them safe. With the shift in the way we work and the risks your people are exposed to, it might be a good time review your policies around worker safety, especially if and when they’re out on the road.

While not many of us are doing much driving at the moment, there will be a time when business gets mobile again. Just about every employee needs to be aware of how far-reaching the effects of bad driving can be. Habits like aggressive driving, speeding, using a mobile device while at the wheel, showing a lack of courtesy to other road users or a general disrespect for the road laws, all have the potential to impact their safety and their employer’s reputation – especially if there is a business logo emblazoned on the vehicle. A bad reputation can affect a company’s ability to employ other drivers. The selfish actions of one bad driver puts everyone’s jobs at risk.

Your drivers need to understand that risky driving not only puts their safety in jeopardy, but can cost them personally through hefty fines and demerit points. Enough offences will result in a suspended licence, which means they’d be unable to work, and could lose their jobs altogether.

At its most dangerous, bad driving could lead to somebody paying the ultimate price: the death of an employee or other road users. Apart from the human tragedy of road trauma and the emotional impact of the death of an employee in the workplace, the consequences for the organisation extend well beyond just a profit and loss statement. At-fault drivers face being charged by the police with a range of extremely serious offences that will change their lives and those of their families forever.

Simply put, there is a lot that can happen when drivers don’t pay attention.

Know your responsibilities: employers and employees

For employers, ongoing training and assessment is a vital part of keeping employees on top of company policies when it comes to road safety and driving. Additionally, companies have an obligation to ensure their policies and procedures support – and reward – safe driving.

From an HR perspective, it’s good form to recruit and reward drivers who demonstrate the right attitude behind the wheel from the onset, and that employees are trained to know what’s expected of them as a driver representing their organisation.

Equally, employees have an obligation to meet and exceed these expectations each and every working day. Drivers need to stay updated on the laws that apply to them at both a state and federal level.

Your driver needs to understand that they may be driving your company’s vehicle, but ultimately they will be responsible for any fines or infringement notices they might incur. For example, as any heavy vehicle driver will tell you, a daily inspection of the vehicle’s lights (including braking, trailer and reverse lights) turn signals, tyre depth/tread wear, oil and coolant levels are a mandatory part of their workday.

Once the vehicle leaves the depot or warehouse, the person behind the wheel is responsible for any fines – “my boss was supposed to fix it” won’t cut it when the police pull you over. If your policies as an employer don’t support your employee’s right to refuse the use of an unsafe vehicle, then it might be time to review your policies.

At both ends of the relationship, employers and employees need to work together concerning best-practice standards when it comes to managing their working day, and how they use devices like telematics, sat nav devices and mobile devices. As useful as it may be, technology can be a source of distraction, and distraction is a major contributor to motor vehicle accidents.

Penalties and charges: know the rules

The penalties and charges that can be levied at drivers vary from state-to-state. If you’re a professional driver or someone who employs people to drive for a living, you should familiarise yourself with the kind of charges that you could face if you’re the cause of a road incident.

As an example, in Victoria, the two most serious offences that a driver can be charged with were, up until 2004, Culpable Driving Causing Death (Crimes Act, 1958 s318) and Dangerous Driving (Road Safety Act, 1986 s64).

To get a Culpable Driving Causing Death finding, the law required prosecutors to demonstrate that the operator of a motor vehicle:

“(a) recklessly, that is to say […] consciously and unjustifiably disregards a substantial risk that the death of another person or the infliction of grievous bodily harm upon another person may result from his [sic] driving; or

(b) negligently, that is to say, if he [sic] fails unjustifiably and to a gross degree to observe the standard of care which a reasonable man [sic] would have observed in all the circumstances of the case; or

(c) whilst under the influence of alcohol to such an extent as to be incapable of having proper control of the motor vehicle; or

(d) whilst under the influence of a drug to such an extent as to be incapable of having proper control of the motor vehicle.”

The maximum penalty for being found guilty of Culpable Driving Causing Death is 20 years.

The definition of Dangerous Driving holds that; “[a] person must not drive a motor vehicle at a speed or in a manner which is dangerous to the public, having regard to all the circumstances of the case.” The maximum penalty for being found guilty of Dangerous Driving is a maximum two-year jail term and a minimum licence suspension of six months.

In the case of both offences, the Prosecution must prove beyond a reasonable doubt that:

What you should take away from these laws

An organisation’s drivers are an extension of that workplace – the way they drive reflects directly on their employer.

Having a set of policies in place that dictate the use of driver aids, and establish a set of safe driving skills and behaviours, are important steps for ensuring distractions behind the wheel are minimised. They may be a pain to follow, but it’s in everyone’s best interest to adhere to them.

The range of penalties that drivers could face for that momentary lapse of judgement and concentration have life-long implications for not only employees and employers, but their families as well.

For now, the focus is making sure use of vehicles is within the restrictions in place in response to the COVID-19 pandemic. When we get moving again, the focus should still be on health and safety responsibilities.

Let’s watch out for each other.