Home Driving Insights
Previous articleAre pool cars a more effective use of business vehicles?
Next ArticlePolestar 2 Review
- Back to all articles - 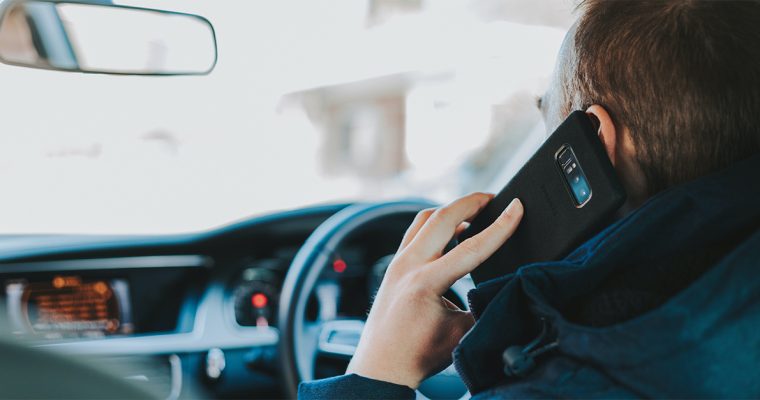 Jump to penalties by state

It goes without saying, mobile phone use and driving do not mix.

It goes without saying: mobile phone use and driving do not mix. Research shows that using a mobile phone while driving means you are four times more likely to crash your car, with mobile phones being the primary culprit behind that distraction.

Research undertaken by the Victorian Transport Accident Commission (TAC) discovered that drivers who text, check their mails or surf the web while driving increase their chance of being in a crash tenfold.

“Taking your eyes off the road for two seconds or more doubles your crash risk,” TAC explains. “At 50 kilometres per hour, you will travel 28 metres in two seconds — about the length of a cricket pitch.”

Additionally, they found that one third of drivers admit to using their mobile phones while driving and, similarly, a third of pedestrians admit to looking at their phones while crossing the road.

Distracted drivers and pedestrians are a recipe for potential disaster; a disaster that can easily be avoided. Given this kind of data, it’s little wonder that law enforcement in every state and territory of Australia makes little apology for coming down hard on mobile phone use while driving.

Use of a mobile phone includes talking, texting and playing games, taking photos or video or using any of the functions of your phone.

While the wording differs only very slightly in each state and territory’s road rules, mobile phones can only be used to make or receive a phone call (other than a text message, video message email or similar communication) when the vehicle is moving if the body of the phone is secured in a commercially designed holder fixed to the vehicle, or can be operated by the driver without touching any part of the phone (Bluetooth and voice-activated controls), and the phone is not resting on any part of the driver’s body.

Importantly, using a hand-held mobile phone is illegal when your vehicle is stationary but not parked (i.e., at traffic lights or on the brakes in heavy traffic).

Penalties for using a mobile phone while driving

Each state has its own set of penalties and demerit point system when it comes to mobile phone use when driving, which currently looks like this:

In South Australia, getting pinged on the phone while driving comes with a whopping $554 ‘expiation fee’ and the loss of three demerit points.

NSW law permits mobile phone use to make or answer a call without touching the handset. This also applies to the use of the phone’s audio playing functions and driver aids like GPS.

The fine for getting caught using your phone while driving is $352, which increases to $448 if you’re caught on the phone in a school zone. In terms of demerit points, it’ll cost you five points – rising to 10 if you’re pinged in a school zone or during double-demerit point times (Easter, Anzac Day, Queen’s Birthday, Labour Day and Christmas Day, Boxing Day and New Year’s Day).

Learner and provisional drivers, as well as motorcycle riders, are banned from using phones at all when driving or riding – and that even extends to using Bluetooth and other hands-free functions. Learner and P1 drivers and riders caught using a mobile phone behind the wheel face a three-month suspension. If you’re a P2 driver, it’s five demerit points, which doubles to 10 in school zones and during double-demerit periods (officially putting you over the demerit point threshold, resulting in a suspension of your licence).

Like NSW, Victorian law permits fully licenced drivers and motorcycle riders to use a mobile phone to make or answer a call without touching the handset, as well as use the audio playing functions of the phone and driver’s aids like GPS.

Learner and provisional licence holders are also banned from using mobile phones at all. If you’ve held a motorcycle licence for less than three years, mobile phone use while riding is banned.

Getting nabbed using your phone while driving in Victoria comes with a $545 fine, and the deduction of four demerit points.

Mobile phone use in the ACT is permitted for full licence holders, as long as your phone is secured in a “mounting affixed to the vehicle such as mobile phone holder, or connected via Bluetooth, and you don’t touch the device, or change the settings in any way”.

In the ACT, if you’re fined for using a mobile phone for messaging, social networking, accessing apps or the Internet, you can expect to be $598 lighter in the pocket, and lose four demerit points. If you get nabbed for using your hand-held device to make or receive calls, you’ll receive a fine of $487 and be docked four demerit points.

Handling a mobile phone to make or receive calls while you’re on your L or P-plates also carries a $487/three demerit point penalty.

Western Australia does not muck around when it comes to mobile phone use while driving. If your phone isn’t secured in a mounting affixed to your car and you’re caught using it, there are two categories of fines:

Like WA, Queensland isn’t playing games when it comes to deterring drivers from using their phones while driving.

Learner and P1 provisional drivers under 25 in Queensland cannot use hands-free, wireless headsets or a mobile phone’s loudspeaker function while behind the wheel. Interestingly, perhaps in terms of driver distraction, a learner and P1 provisional drivers’ passengers are also banned from using a mobile phone’s loudspeaker function.

Being caught on the blower while driving in Queensland will set you back up an eyewatering $1,033 and three demerit points, with double demerit points applying for a second phone use offence if it occurs within 12 months of the original infringement.

Driving in Tasmania and using the phone carries with it a $344 fine and the loss of three demerit points. Like NSW, Victoria and Queensland, learner and provisional licence holders are banned from using mobile phones while driving, with no exceptions to that rule.

Similar to Western Australia, mobile phone use laws in the Northern Territory apply equally to learner, provisional and full licence holders. Get caught using the phone while driving in the Top End, and you can expect a fine of $500 and the loss of three demerit points.

Whether you’re a long-haul truck driver regularly crossing state borders or someone who simply drives your car to and from work, avoiding the use of your mobile phone when behind the wheel is essential to your safety and wellbeing, not to mention the lives of you, your family and other road users.

The alternative is just not worth the risk.

If you are managing employees who drive as part of their job requirements, do you have clear safety policies regarding mobile phone use in cars? Maybe it’s time for a review?

Start a conversation with SG Fleet/LeasePlan today to see if your motor vehicle policies need a review.