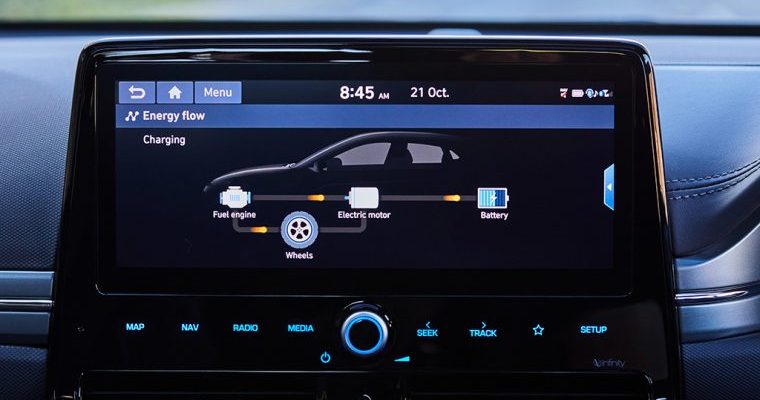 There is significant pressure from some quarters for everyone to quickly adapt to electric cars in order to save the planet. For most, a sudden move like that might be too fast as there simply isn’t enough EVs to suit every application, or budget, just yet.

But choosing a hybrid vehicle is a more natural step forward as, for starters, there is a much broader range of options and, secondly, they offer reduced fuel consumption while still providing everyday convenience and peace of mind.

But not all hybrids are created equally, as car makers use the combination of petrol and electric power in different ways – and sometimes for different outcomes.

So, if you’re looking at taking that first step into an electrified motoring future, here’s all you need to know about hybrids and the five basic configurations that fuse together a petrol engine with an electric motor.

What is a Mild Hybrid?

This is the first step in hybridisation, and essentially adds a small capacity battery to the conventional starter motor and alternator system that allows the vehicle to shut down the internal combustion engine for short periods of time, such as when stopped at the traffic lights or while coasting downhill, while still providing power to the ancillary systems such as air conditioning, lights and audio.

The battery is recharged using regenerative power while braking or decelerating and, in some cases, the electric motor can provide additional assistance to the engine while accelerating.

What is a Series Hybrid?

As the name suggests, this is where the petrol engine and electric motor work in a line – rather than alongside each other – to provide propulsion, and these are typically classified as Range Extended Vehicles.

Essentially, they are fully electric cars that have a small petrol engine which acts as an on-board generator to re-power the battery back and provide additional driving range.

What is a Parallel Hybrid?

This is, quite literally, where the petrol and electric motors provide torque to a single input, which, in most cases, is directly into the gearbox, and can either be coupled together for maximum power or work individually. When the electric motor is only being used, the clutch connecting the engine is open, and when in combustion mode both motors run at the same speed.

Honda has been a pioneer of this type of hybrid layout with its Integrated Motor Assist system, which was first introduced on the original Insight way back in 1999 and uses an electric motor within the gearbox.

What is a Series-Parallel Hybrid?

The most common configuration combines the best attributes of each previous configuration and while it is often called a Series-Parallel system, it can also be referred to as a Power-Split Hybrid.

In this case, the torque delivered by either the petrol or electric motor – or an infinitely variable combination from both – is via a series of clutches or a planetary gearset to the gearbox. The benefit of this system is a smoother transition between the two motors, and a more linear power delivery. It also allows for the use of an ultra-efficient lean-burning petrol engine that are typically less responsive at lower revs, which can be compensated for with the instant torque from the electric motor.

Toyota’s Hybrid Synergy Drive system, as featured in vehicles such as the Prius, Camry Hybrid and Corolla Hybrid, are popular proponents of a Series-Parallel Hybrid configuration.

What is a Plug-In Hybrid?

Where all of the previous layouts predominantly use the combustion engine, with assistance from the electric motor to reduce consumption or boost power outputs, a plug-in hybrid moves a step closer to being a full electric vehicle.

In most cases, they are Series-Parallel Hybrids fitted with a more powerful electric motor and a larger capacity battery pack that can be recharged via an external source, such as a high-voltage wallbox or public charging station. The biggest benefit is that a plug-in hybrid has a dedicated EV mode where it can drive for a certain distance (usually between 30-80km) on electric power alone.

What are the batteries made from?

Most batteries used in hybrid vehicles have a high-energy density and combine of a multitude of individual cells. And, like all rechargeable electronic consumer devices, such as mobile phones, the batteries require precious metals, such as nickel or lithium.

Early models – and popular Toyota vehicles like the Prius and Camry Hybrid – have a Nickel-Metal Hydride (NiMH) battery. Generally, these are heavier, larger and hold less energy than more modern and commonly used Lithium-Ion batteries. NiMH batteries dissipate less heat and last longer when recharged in small doses by regenerative methods rather than being used for plug-in applications.

Lithium-Ion (Li-Ion) batteries are smaller, lighter and store more energy, while also being able to deliver more power and be recharged at a quicker rate.

How long do the batteries last?

In most cases, the car makers guarantee the performance of the battery beyond the standard factory warranty period – in most cases for between eight and 10 years.

How can I prolong the life of the battery?

If you have a conventional hybrid vehicle, it’s best to cycle the battery often, which means essentially depleting it and recharging it as gently as possible. To do ensure this happens, coast to a standstill instead of braking heavily, as this will provide maximum regenerative energy. And then accelerate smoothly, trying to use as much of the battery power to move away as possible.

It’s the same with a plug-in hybrid; try and use as much of the battery as often as possible. And when recharging, only re-fill it to around 80 percent capacity when using a fast charger. If you require more than that, set the system to trickle charge the remainder.

How much does it cost to replace a Hybrid battery?

A replacement battery pack isn’t cheap. Depending on the vehicle – and therefore the type and size of the battery – prices can vary between $5000 and $20,000.

Can the batteries be recycled?

Yes, most car makers have a recycling program that either recycles the precious metals or re-uses the batteries in a different application, such as home power storage systems.