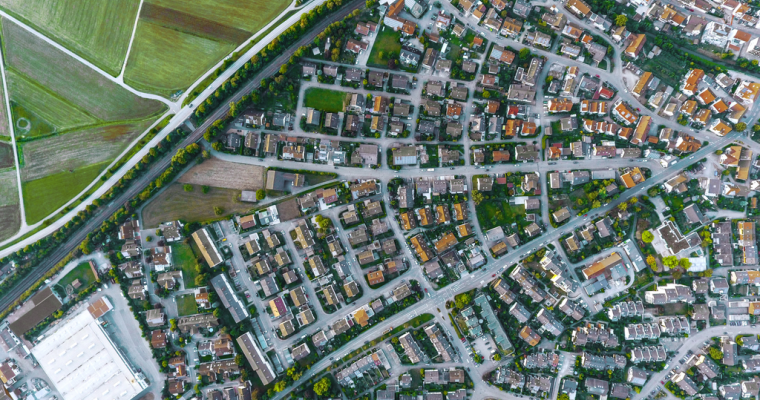 Telematics might sound like a relatively new concept to the majority of motorists but it’s one that has been around for longer than people think.

In sports, such as Formula 1 racing and rally driving, teams and manufacturers have used telematics and the information this technology provides since the late 1980s to solve engineering problems, understand how their vehicles are performing and learn from a raft of other valuable data-sets.

As mobile telecommunications and satellite technology have advanced, the amount of information that can be collected through telematics has also progressed in leaps and bounds.

Australian companies looking to improve management of their OHS and Chain of Responsibility (CoR) obligations – or those seeking greater efficiencies and cost controls – are beginning to implement or, at least, consider telematics in their vehicle fleets.

One company that has been working in the telematics space for over 30 years is Ctrack. Originating in South Africa, Ctrack was one of the first companies to utilise telematics beyond engineering data. The initial relationships the company developed were security and safety-focused, providing telemetry monitoring for cash vans, and offering individual car owners remote-controlled vehicle immobilisation in the event of vehicle thefts and car-jackings.

From these beginnings, Ctrack has grown considerably, with offices now around the globe including Australia. Their product range has expanded from plug & play technology for individuals to ‘big data’, the Internet of Things (IoT) and sophisticated satellite communications solutions – essential technology in industries like mining, policing and security that need to know the location of their vehicles, even when they’re out of GSM coverage.

“The IoT space is certainly coming into play with telematics – or telematics becoming part of the IoT, I should say,” explains Max Verberne, CEO of Ctrack. “We see that IoT is not just about telematics; it’s also about handing the data over into other intricate fields. If you’re in cold storage, or if you’re in retail, it’s about knowing what’s going on with your goods and how they’re being delivered. But, then also, when they’re handed over at store level, what’s going on there as well.”

Some of the biggest factors affecting adoption in Australia are the collection of, and access to, data and the associated privacy concerns. But it is undeniable that the advantages of telematics are being recognised more and more in Australia, especially when it comes to the unique aspects of the Australian market.

“I’ve seen that the market is now becoming more accepting of telematics. It used to be considered a  luxury,” says Max. “But we’re also seeing it’s more innovative now because people want access to more data; they want more information – what’s going on with my assets? What’s going on with my staff?”

Max believes data security is going to be a major consideration in Australia. In fact, he goes so far as suggesting it will also be one of the biggest drivers of innovation.

“We have partnered with Amazon Web Services because the data’s all hosted here in Australia – it doesn’t go overseas,” he says. “We know some of our competitors host a lot of their data offshore and that’s not an option for many companies and organisations in Australia. People don’t want their data hosted or being accessed offshore. There are a number of things like that, which are quite challenging for the Australian market.”

“CoR is really important too – new laws covering a director’s responsibility and management responsibility for staff,” continues Max. “Maintaining the asset and doing the right thing by your driver, especially as they’re a professional driver, is critical now and, with telematics, you’ve got that data and information to exchange with them.”

“You can see that a driver is scheduled for a break,” explains Max. “If they don’t take it, you can get in contact with the driver and say, ‘Hey, you’ve gotta pull over – you’re scheduled for a break.’ So, these are all things the Australian market has managed to lead and push forward. These are elements of telematics that are specific to Australian companies, and are also very important for the driver as much as the asset.”

Speed management and better monitoring driver behaviour is another factor influencing the adoption of telematics in Australia.

“This is another tool for companies in Australia saying, ‘We need to know if we’ve got a bad driver – how do we do that?’ So, we offer solutions such as  driver behaviour indicators, where you can set up speed alerts and monitor where the bad driving is coming from. It’s a chance for companies  to get in contact with their staff and alert them to potentially bad patterns or driving habits.”

“Telematics is becoming more of a data dashboard for companies. That’s the challenge – how do we make that fit in Australia with our laws and regulations?”

According to Max, Australia is developing faster than you may initially think when it comes to telematics, which has come about largely due to necessity. He speaks for Ctrack in saying the company is unique for manufacturing its own telematics products – from design right through to the implementation software – so reliability of their technology is assured.

“We offer our customers a one-stop-shop. A lot of our competitors will buy a device from a manufacturer offshore, they’ll get software from somewhere else, and they try and make it all stick together. This is our expertise, we offer a full turn key solution with our products, firmware, software and implementation. We’re very much safe hands in this area.”

Max adds, “Distance is a huge challenge for the Australian market. It’s exciting because we’re being forced to play with the latest and greatest. The carriers are providing for expanded technology offerings with 4G and soon 5G. If you’ve got an LTE module, the data capability and the speed of that data – whether it’s in telematics or anything else on your iPhone – is more superior. Australia is very much at the cutting edge. I’d compare us to the US in saying we’re ahead of the game compared to many other countries.

For fleet managers or finance managers considering telematics, Max advocates the introduction of the technology as a way of future-proofing your business.

“It’s about getting ready for the future and understanding what the new regulations might be – for example, electronic work diaries, if you’re handling heavy fleets.”

“I think it’s also going to be very important for fleet managers to know that it’s easier to do their Fringe Benefits Tax reports,” he adds. “There’s been a lot of guessing over the years but more and more companies and government departments can now keep accurate records that show important data such as business versus private use.”

Max goes on to say, “Eliminating the second-guessing of things – fuel usage, maintenance schedules for servicing and so on – is huge. Every fleet manager is going to have different requirements depending on what industry they’re in, but telematics is an opportunity to really set up alerts. It could be driver behaviour, it could be OH&S, it could be fatigue… Telematics gives you the capability to be proactive, not reactive.”

“Having all that information at your fingertips,” concludes Max. “I can’t imagine a fleet manager wouldn’t want this, put it that way.”