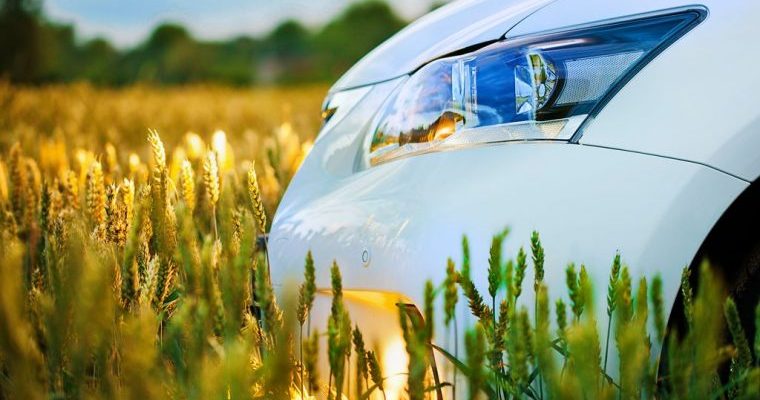 The future of electric vehicles is upon us. Integrating electric and fuel-cell (hydrogen) powered vehicles into your vehicle mix now could you give you a distinct advantage over those who wait to jump on the bandwagon.

International trends and the establishment of energy policies in places like the European Union tell us that Internal Combustion Engines (ICEs) being overtaken by Electric Vehicles (EVs) in popularity is inevitable. But given the absence of any genuine policy initiatives or commitments to investing in the infrastructure required to support EVs by our state and federal governments, the future of electric and hydrogen-powered vehicles is one of the great chicken-versus-egg discussions in the Australian motoring industry.

Collectively, they spoke about the future of hydrogen and electric-powered vehicles in Australia, and put forward suggestions for when and why fleet managers should look at diversifying the composition of their vehicle fleets.

They’re coming – and why

EVs are well and truly on their way to the Australian market. As Toby Hagon explained, this is being largely driven by regulations overseas – zero emissions vehicles in America, Euro 6 in Europe, and bans in Europe on petrol and diesel vehicles.

Scott Nargar, Manager of Future Mobility and Government Relations at Hyundai, echoed Hagon’s insights from the manufacturers’ perspective and pulled no punches in explaining that Australia had little ability to impact the company’s decision to put more investment into future eco drivetrains development  .

“We build cars for the global market,” Nargar said. “Our cars go to every country in the world, so the nations that are banning the sale of internal combustion engines from 2025 onwards are some big volume markets.”

“Australia [in comparison] is a very small volume market, and we’re right hand-drive. We’re making cars for the bigger markets and we’re ready with a range of low and zero emission vehicles we are bring to market now”.

Spiro Haralambopoulos, CEO of LeasePlan Australia, pointed out that LeasePlan was intent on doing the hard yards to ensure customers had as much information as possible to make informed decisions now – not later – about embracing electric and hydrogen-powered vehicles, based on what he and his team were seeing overseas.

“Certainly, if you look at Europe they’re progressing at a rapid rate of knots, so [the demand is] there,” explained Haralambopoulos. “We’re embracing EVs and LeasePlan is supporting their introduction and roll out – both in terms of infrastructure, and working with fleet managers to look at things like total cost of ownership and ROI investment calculations, and working out lease terms and break-even points.”

But when are they coming?

Consensus on the panel suggested 2025 was a reasonable timeframe to target, given legislative requirements overseas dictate production trends, and technology in the efficiency of fuel cell and battery cars improves.

On a global scale, many jurisdictions are phasing out fossil fuels, forcing manufacturers to establish EV manufacturing targets. For example, Volvo is aiming for 50 percent of its total sales to be on EVs by 2025, while the PSA Group (Citroën, Peugeot) is aiming for 80 percent by 2023. In the U.S, Ford will be investing $USD11 billion and has set itself a target of having 40 EV models ready for production by 2022.

As Scott Nargar outlined, given Australia’s impact on worldwide sales, this will inevitably mean there will be more low and zero emission variants available in Australian showrooms with the steady decline of ICE especially after vehicle emission regulations cut in.

Haralambopoulos added, “The greatest share of the world’s demand is moving in [the EV, Hydrogen, electric] direction. Whether we like it or not – whether we’ve made any policy improvements or not, or incentives or not – we’re going to be impacted by what’s made and what’s coming into this country.”

Attilio Pigneri, CEO of H2U, also underlined how the impacts of technology helped make 2025 a sensible bet: “When H2U first got together with manufacturers to talk about this, we were trying to find smarter ways of bringing the cost of running a hydrogen-powered vehicle at around a $AUD1.50 equivalent. Now, we’ve got that down to around the $AUD1 per litre equivalent. Hyundai and companies like Toyota all see parity occurring around 2025 on the normal platforms.”

Take advantage of the opportunities on offer now

“In many ways, when to introduce is really a total cost of ownership consideration,” admitted Pigneri. “I think everyone should have a zero emissions strategy now, because those vehicles are coming now and coming to deliver cost benefits.”

Concerns from fleet managers and the greater public about the lack of infrastructure to support hydrogen and EVs are valid, which also highlights the importance of managing transition carefully. But, as Pigneri reassured the audience, short-term pain would lead to long-term gain for those positioning themselves ahead of the curve.

“It doesn’t matter what vehicle you change to – whether it’s an i30 or a Corolla – you have to think about the infrastructure to support that vehicle, and it requires engaging with your lease partner, with your vehicle partner and some infrastructure providers to make sure that you’re ready for that. Otherwise, you get to 2025 without having worked out how you’re going to fuel these vehicles, charge these vehicles and you’re missing out on savings that could come from your present lease vehicles.”

Pigneri believes this presents some compelling opportunities for those savvy enough to consider diversifying their fleets now by leveraging the expertise of leasing companies who understand the future of the market.

“To put it in context, when we say 2025, we’re effectively talking two leasing cycles,” Pigneri concluded. “This deadline is just two leasing cycles away for a passenger vehicle and one cycle for a heavier vehicle. Working with lease companies and their expertise, and the intimate knowledge they have about your fleet, is a great way to develop a road map to diversifying.”

Looking to take your first steps in transitioning to hydrogen and electric powered cars?