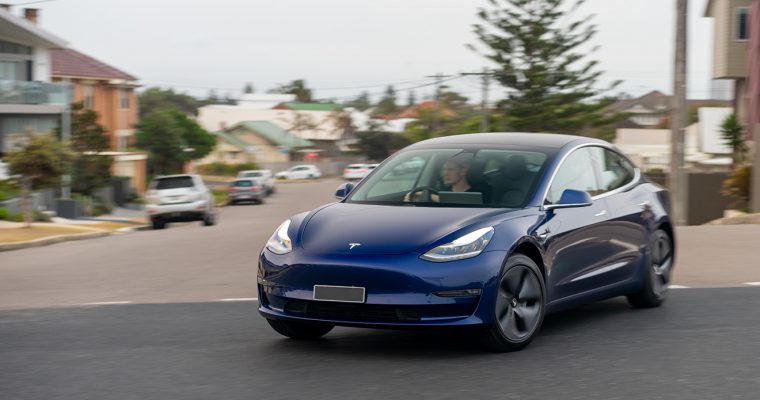 The rest of the world embraces the shift towards electric vehicles (EVs) through a mix of policy levers, manufacturer incentives and market forces.

However, in Australia, when it comes to increasing the number of EVs in our vehicle mix and making a real dent in the adverse impacts of climate change, we’re still lagging behind Europe, Scandinavia, the US and Asia.

There’s some good news though. In December 2020, the State Government of South Australia took the bull by the horns and released South Australia’s Electric Vehicle Action Plan.

The vision is to make South Australia a national leader in electric vehicle uptake and smart-charging by the Year 2025.

As a starting point, the plan focuses on private investment to get the charging network in place. As well as securing this investment, the state government hopes to eliminate the factors that play a major role in consumers and fleet managers thinking twice about ditching internal combustion engine (ICE) aspirated vehicles for EVs – factors such as range anxiety and charging times, infrastructure availability, and vehicle model choice.

“We all want choice over the vehicles that we put in our fleets or put in our garages,” says Peter Nattrass, Manager, Future Industries, Department for Energy and Mining with the South Australian Government. “[Drivers] need to know that they have a choice of roads, routes and regions – that they can go wherever they want. We need to maintain those freedoms that people have with cars.”

This is especially so when it comes to commercial road users. As Peter acknowledges, “Fleet managers need to be able to have their business vehicles go from the regions into city areas, or from cities out into the regions, so they can ply their trade. And that’s what this first phase is about. It’s about preparation. It’s about getting that infrastructure in place and addressing those barriers.”

Peter says the SA Government is thrilled with what they’ve managed to achieve in a relatively short space of time: “We’ve run a process for the smart-charging trials, and we’re now in a contracting phase to finalise the smart-charging trial that we’ll eventually be delivering. We’re also in the evaluation phase of the state-wide charging network. We’ll be looking to progress announcements on that by the end of this year, and construction is expected to commence early next year, and completed within two years, so the statewide network can be built out.”

“We’re looking over the horizon and wanting to see fit-for-purpose models at the right price. The government fleet is no different,” adds Peter. “We needed light commercial vehicles all the way through to small passenger vehicles. So, the challenge is putting a plan out when the product’s not in the market. But the challenge we could address within the control of government was to support the private sector to build that infrastructure of charging networks.”

The business community and the people of South Australia have welcomed the plan with open arms. Describing the response as “enthusiastic”, Peter believes buyers and users have been standing on the sidelines looking at electric vehicles evolve from technological innovation to something they now want to own or drive themselves.

“They’re sought after – executives want to drive them,” notes Peter. “Executives can see that the future of their fleets is electric because it can offer those service and operating cost-benefits they’re after. So, this plan has been welcomed by both the business community and the community at large.”

Shortly after the release of the EV Action Plan, the South Australian Government moved very quickly to encourage the creation of a volume market. As a result, the Department of Treasury and Finance has implemented an opt-out policy for government fleets, which has resulted in a “path of least resistance” for their fleet managers to go electric vehicle.

“Across all agencies, as an electric vehicle becomes available in a category that’s fit-for-purpose and is cost-effective, then the fleet manager has to take that. Otherwise, they need to seek an exemption to opt-out,” Peter further explains. “There are certain categories where it’s not possible right now. For example, we would very much like to have plug-in options in the light commercials market but there are certainly other areas, like compact SUVs and passenger vehicles, where it’ll be a requirement that fleet managers go EV. We’re past asking for permission to buy EVs – it’s now a case of ‘show us why you shouldn’t take one’.”

For fleet managers in South Australia – or companies that operate a fleet of vehicles in that state – Peter’s advice is clear: It’s time to transition your vehicles from ICE to electric. And, on top of everything else, there’s also a compelling financial reason.

“It’s really important to bear in mind, with many countries around the world banning the sale of combustion engines from as early as 2025 [in Norway] to 2030 in the UK, which is the right-hand drive market, we are technology takers,” Peter observes.

“A fleet vehicle bought in 2025 will be looking to be sold in 2028 or 2030 when the rest of the world, and popular media, aren’t celebrating the combustion engine. It’s very much focused upon an electric future, and that’s going to impact upon the residual values, and that’s at the heart of fleet managers and business models. So, it’s something to start planning for today – get your first EV, integrate it, work out how to charge it at the best price – and then you’re ready for 2025.”

To support fleet operators, Peter argues that Action Eight of the plan is specially designed to support likeminded organisations to send a clear signal to manufacturers: “You can tell them, we want your product and, if you bring it in at the right price and it’s fit for the needs of our business, then we’ll commit to buying that product.”

The other benefit for South Australians is a reduction in the costs of electricity for all consumers. To achieve this end, Peter says smart-charging will play a critical role.

“We’re very much looking at smart-charging – charging in the middle of the day or overnight, rather than the peak times when electricity’s most expensive. We want people to charge when we’ve got high renewable energy generation and low grid demand. And that’s when our modelling shows that what electric vehicles will deliver is electricity cost-savings for all consumers.”

“And that’s good for business as well.”