Driving Insights
Previous articleAre your employees ready for ebikes?
Next ArticleYour fleet’s role in your organisation’s sustainability objectives
- Back to all articles - 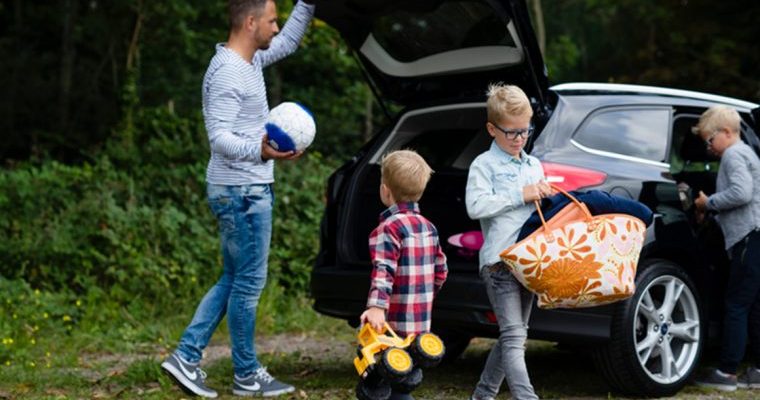 The summer holiday period is a time when many Australian families like to hit the road. It’s an opportunity to leave the worries of the workplace behind and get some much-needed rest and relaxation. It’s also a time when there is a significant spike in road accidents and fatalities.

With the increased number of cars on the road travelling longer distances during December and January, the statistical likelihood of an avoidable incident or accident occurring also increases.

Although we experienced a drop in the national road toll from 2017 to 2018 of just on 2 percent, and a 60 percent reduction overall in road deaths over the last 30 years, Australia’s road toll remains considerably high. With 5.4 road deaths per 100,000 people, we rank third behind only the United States (10.6 people) and New Zealand (8.4) in OECD countries. Switzerland remains lowest with 2.3, and Sweden and the UK with 2.8 and 2.9 respectively.

The leading causes of road trauma in Australia are closely related to the factors that impact our driving performance and behaviours on long journeys. While it’s just as important to ensure your car is properly serviced and in safe working order before heading off, there are some important human factors you must take into account for your next family road trip.

According to the Victorian Transport Accident Commission, around 20 percent of road fatalities involve driver fatigue, and 30 percent of severe single vehicle incidents in country and rural areas involve the driver being impacted by fatigue. Those are massive numbers that should not be ignored.

In 2019, a Federal study into the impact of fatigue, the Bedtime Reading Inquiry (refer to section 4.40 and 4.41), heard evidence that a person who has been awake for more than 17 hours is just as likely to be involved in a crash as a driver blowing over 0.05 in a random breath test. This means they are “twice as likely to have an incident as a driver with a zero blood alcohol reading who is not adversely impacted by fatigue.”

The study found that not having slept for 24 hours or more is the same as driving at double the legal blood alcohol content, making those drivers seven times more likely to be involved in a crash.

Speed is a major contributing factor to accidents on our nation’s roads. Research shows that even small decreases in speed can lead to a reduction in road trauma.

The final link in the road trip trauma chain is driver distraction. Compared to our knowledge on how speed and fatigue contribute to road trauma and accidents, driver distraction – given the development of mobile phone use, GPS and satellite tracking and driver tech over the last 20 years – is a relatively new addition to the list of major collision causes.

There are three factors that influence how long it takes your average driver to bring their car to a safe stop when they identify a hazard ahead on the road – the time it takes to spot the hazard, the time it takes to actually take action (brake or swerve), and the time and distance it takes for the vehicle to come to a stop.

A Queensland University of Technology study found that using a mobile phone while behind the wheel can worsen a driver’s reaction time by almost 50 percent.

Are you ready for what’s next?

Before you head off on your summer holiday, ensure that you’re well-rested. Don’t burn the midnight oil with last-minute packing and planning, just concentrate on getting a good night’s sleep. Alternatively, share the driving with someone else in the car for two-hour blocks and use the stops to stretch your legs and clear the mind. If your mind wanders more often than usual, it’s time to take a break.

Slow down – it’s among the main messages police and emergency services deliver during the Christmas and New Year break. Wiping off five kilometres per hour significantly reduces your likelihood of being in an accident. Being a few minutes late is preferable to not getting there at all.

And finally, reduce the distractions around you as best you can. Download the route map to your GPS or smartphone before you leave, so you don’t have to make adjustments to your directory en-route. Likewise, maybe go into your phone settings and temporarily disable your messages and alerts until you arrive at your destination.

Have a chat with the kids about the importance of not being too rowdy while driving or get your partner to shoulder the responsibility for dealing with the craziness coming from the backseat of the car.

Managing your fatigue levels, watching your speed and remaining as distraction-free as possible while driving will ensure your holiday road trip is a memorable one, for all the right reasons.