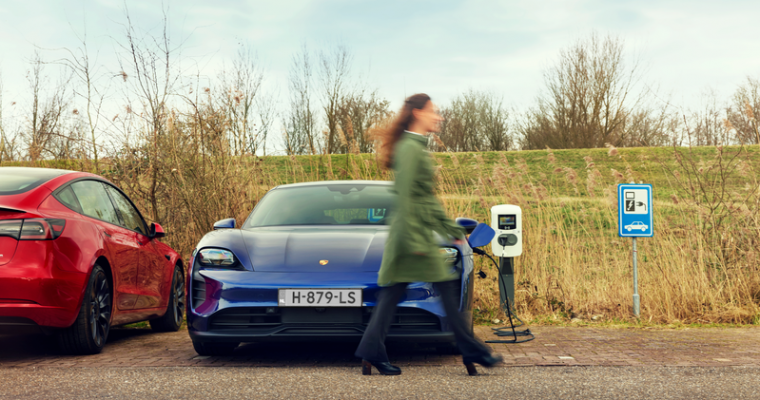 Electric cars are a hard sell right now, even when they are brand new.

And one of the biggest impediments is the perception that it will be an even tougher sell when it comes time to move it into the second-hand market.

That might have been true for the last few years when the EV segment was only in its infantile stage, as there were limited models available and little demand for used versions.

But now, the popularity of EVs is growing at an extraordinary rate as more and more car makers introduce a wider variety of new battery-electric vehicles, and consumers become more aware of their benefits – in terms of reducing carbon emissions and lower running costs. At the same time, rapid advances in battery technology has improved driving range and made them more affordable.

According to the latest new car sales statistics provided by the Federal Chamber of Automotive Industries, electric vehicles are the fastest growing segment of the Australian automotive industry with year-to-date 2021 sales to the end of September up more than 190 per cent compared to the same period in 2020.

With a fleet of new models on the horizon to be introduced by a flotilla of brands – from mainstream car makers such as Hyundai and Kia to luxury nameplates like Audi, BMW, Mercedes-Benz and Lexus (even the most opulent and traditional car makers in Bentley and Rolls-Royce are moving to an all-electric future) analysts predict that at least 30 per cent of the total Australian market, or more than 300,000 units per annum, will be EVs within the next decade.

Recent incentive programs, particularly those announced by the Victorian and New South Wales governments, that offer financial rebates, cheaper registration costs and stamp duty waivers for EV purchases are designed to accelerate the take-up of EVs in the immediate future.

What all that means is, while the popularity of new EVs will continue its steep upwards trajectory, demand for second-hand models will naturally follow suit.

So, if you already have made the transition to electric motoring – or are considering the move – here’s some handy hints to maintain your investment through to the end of its lease period.

It doesn’t matter what’s under the bonnet – whether it’s a conventional combustion engine or an electric motor – depreciation (effectively the value of a car after a certain period) is the biggest cost of ownership.

Almost every vehicle (with the exception of ultra-rare supercars) will lose value year-on-year, no matter how well it has been maintained or how few kilometres it has on the odometer. It’s an effect dictated by the natural rate of progress in newer models.

As a guide, industry forecasters determine future values based on the initial supply of individual models and the popularity of the segment it competes in, as well as taking into consideration long-term factors such as reliability trends, recalls, brand health and long-term demand in the second-hand market.

Up until now, and primarily owing to the lack of used-car demand, electric cars have generally performed poorly with low residual value forecasts, meaning owners would lose a greater portion of the initial sale price after three or four years of ownership.

As an example, Redbook indicates that a 2021 Nissan Leaf, which has a recommended retail price of $49,990 (plus on-road costs, and before any government incentive rebates are applied) will hold 61 per cent of its value after three years, meaning that it will be worth approximately $30,500 as a used car in 2024.

Compare that to a similarly priced Nissan X-Trail Ti at $45,965 (plus on-roads), and Redbook indicates it will retain 57.5 per cent of its original value after three years and will be worth approximately $26,500 on the second-hand market.

In both cases, the depreciation is around $20k over three years.

An outlier is the Tesla Model 3, which has been a runaway success for the American start-up brand. Redbook indicates that the entry-level Standard Range Plus model will retain up to 72.5 percent of its value, which is one of the highest figures on the market and comparable to popular Toyota models such as the Corolla, Hilux and Landcruiser.

Yes, you will be paying an upfront premium for an EV but rest assured that residual values are increasing in line with greater demand for second-hand models. And that trend shows no signs of slowing down.

Like any vehicle, properly maintaining an EV throughout the lease period is critical to ensure it remains in tip-top condition, which will subsequently have a positive impact on its long-term value.

The beauty of battery-powered vehicles is the simplicity of the mechanical powertrain, and the fact that an electric motor does not require a concoction of lubricants, fluids and spark plugs to be replaced at regular intervals. This not only makes them generally more reliable, but also cheaper to maintain.

However, EV owners should not consider that an invite to become complacent against the prescribed servicing schedule as conventional components and systems, such as brakes, wheel bearings and the suspension, need to be checked regularly.

One of the biggest fears with new EV ownership, and an important factor in determining its future value as a second-hand vehicle, is the long-term health of the battery.

Yes, it is true that high-tech Lithium-Ion battery packs used to power electric cars naturally degrade and lose capacity over time, just as a petrol engine wears down and becomes less economical and powerful.

The chemical make-up of the cathodes inside each battery cell slowly break down with each charge cycle, which can be accelerated by extreme temperatures.

Most of the latest battery packs counteract this by employing cooling systems that constantly monitor the battery temperature and ensure it remains within an optimum working window.

But not all EVs have this, and those that have don’t all operate in the same way, or with the same degree of effectiveness.

Some, like the Hyundai Ioniq hatchback for example, simply redirect cool air from the air conditioning system on top of the battery pack which means it is only effective when it – and the car obviously – is turned on.

More advanced systems have a dedicated cooling system that use refrigerants and can work when the vehicle is charging and can pre-condition the battery so that it is at an optimum temperature before driving.

Pre-conditioning the battery is effectively like warming up the engine, and most EVs have a smartphone app that allows owners to program this function according to daily driving schedules, automatically turning it on at certain times of the day before you commute to or from work. Alternatively, the apps conveniently let users activate it by remote control, meaning they can warm-up the battery when desert arrives, for example, so that it is primed by the time you leave the restaurant.

Newer EV battery packs also have what is termed a buffer which ensures the battery maintains the same useable amount of storage capacity throughout its life. Basically, it’s like the battery has a reserve tank that partitions the degraded cells.

In this case, a battery may have a total storage capacity of 76kWh but only has a ‘useable’ capacity of 70kWh, allowing it to maintain that space – and therefore offer a consistent driving range – over a long period of time.

So, when choosing an EV, make sure you check the vehicle specifications and understand the battery’s preventative measures for better long-term health, as this will have an impact on its value as a used vehicle.

Lastly, regardless of cooling systems and buffers, the way you use an EV will determine the long-term health of the battery.

For starters, the battery will degrade slower if you regularly charge using lower voltage power sources, such as at home or the office. High-powered, public rapid charging stations are convenient for quick top-ups but should not be used all the time as they generate a lot of heat.

A battery performs at its optimum with a charge rate between 80-100 per cent, and it is best that you use as much as possible of each cycle before recharging. Basically, it isn’t recommended to consistently charge an EV every day like a mobile phone unless you use the full battery.

The battery also doesn’t like holding a full charge for a long period of time. So, if you’re not planning on using the vehicle for a couple of days – or going away on holidays – make sure the battery is left with around 50 per cent charge.

As it is with how you drive the vehicle, your charging habits will affect its long-term value.

At the end of it all, the hurdles in place preventing us from charging into an electrified future are continually being knocked down, including the long-term viability of EVs and a growing second-hand market.

Optimising your vehicle’s residual value over a lease period is no different whether it is an electric car or has a conventional combustion engine, but, as we’ve outlined, there are some unique habits with a battery-powered vehicle that should be taken into consideration.

If you are considering the transition to electric motoring contact LeasePlan / SG Fleet for more information.