Driving Insights
Previous articleTop 10 Electric Cars you need to know about in 2020
Next ArticleWhy you need, and can’t ignore, telematics
- Back to all articles - 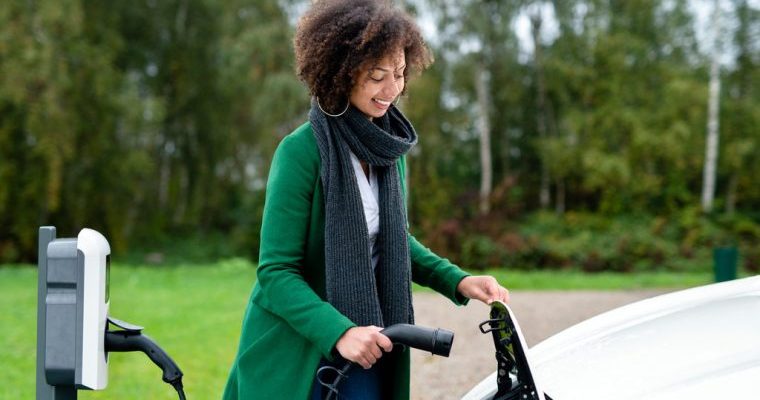 Throughout 2019, Dutch radio network BNR Nieuwsradio ran a seven-episode series called The Future of Automotive, hosted by Maria Punch that looked at hot-button issues in transportation now and in the future.

In the final episode of the series, ‘The Cool Car is Here to Stay’, Maria was joined by Tex Gunning, CEO of LeasePlan, and Arjo van der Ham, Chief Technology Officer at solar electric car manufacturer Lightyear, to discuss the electrification of the automotive industry and if this trend is changing consumer attitudes to car ownership. The following is a summary of what they said.

For Tex Gunning and LeasePlan, people’s association of freedom and pleasure with motoring will ensure that internal combustion engine (ICE) cars remain with us.

“We’ve said that by 2030 we want our whole fleet to be electrified, and I think that’s possible,” he continued. “It doesn’t look like it today because at the moment our fleet is around eight percent electrified but we know that, from different kinds of forces, there’ll be a tipping point in the electrification of cars.”

“The car manufacturers have to push out electrical vehicles in competitive prices; otherwise, they get penalties from Brussels on the CO2 emissions that they have. You also see the technology improving and you’ll also see the Chinese really putting a lot of effort into the electrification of cars. They will come to Europe to compete.”

“In your day-to-day commute, you’ll probably be using an autonomous vehicle because it’s cheaper and because you can use your time more efficiently,” he continued. “Then, on the weekends, you use your convertible or older, cool car.”

Arjo also feels that the main issue with electrification is the density and capacity of battery storage: “If storage and transportation methods don’t evolve, alternative forms of energy, like hydrogen, will be the only alternative for heavy transport like trucks, boats, ships and aeroplanes.”

Maria invited Tex and Arjo to weigh in on the discussion around autonomous vehicles. In particular, she invited them to comment on a quote from Willem Strijbosch of TomTom in an earlier episode in the series:

“I could imagine that at some stage – I’m not going to put a year on it – that it will be forbidden for people to drive cars, that people will not be allowed to drive cars because they are so much more unsafe than the algorithms, than the software. They will just simply not be allowed.”

Willem Strijbosch, Head of Autonomous Driving at TomTom, in episode two of The Future of Automotive: ‘How Autonomous will the Autonomous Car be?’

Tex also echoed Willem’s safety concerns, suggesting the idea that ‘cool cars’ are likely to remain in use and will present some serious issues for policymakers: “There will be a tipping point, indeed, where every car will be autonomous but you still have the hobby cars – so how are we going to deal with that? I don’t know.”

“I think it’s going to be highways where you exclude [driven vehicles]. You’re traveling at 100 kilometres an hour autonomously very close together. The same way as bicycles and horses are still allowed on small roads, I think you’ll allow the other vehicles.”

“What we’re both saying,” added Tex, “is autonomous is here to come, and is here to stay.”

Buy, Swap, Lease, Download an App or Sell? Mobility as a service

The concept of mobility as a service was another discussion point. Maria asked what impact would the proliferation of ridesharing services and a growing generational shift away from car ownership mean for the future of transport?

“I think there will be a tipping point in the next five to 10 years where you will suddenly see a very, very fast acceleration of electric vehicles,” began Tex.

He believes the speed with which technology evolves, and its ability to render things obsolete in short periods of time, will drive an increase in car usership.

“I don’t think people will buy electrical cars. I think they would rather have a subscription model, make a trade from ownership to usership to subscription models – which has happened anyway – and this will be magnified, I think, by the electrification of cars.”

“I think there’s a bit of debate about Millennials as if they don’t like cars. I have a few Millennials at home and they love my cars!” laughed Tex. “But, in the inner cities, it’s very difficult to have a car. It’s very expensive for parking, etc.”

Arjo added, “It’s all going to hang on autonomous technology and how good that goes. I think that’s really the key to making it happen.”

The discussion then focused specifically on a vehicle developed by Lightyear that runs not only on battery electricity but also harnesses the power of the sun, storing solar energy that can be converted into power for the car.

In June 2019, Arjo and Lightyear unveiled a prototype of their solar electric vehicle, the Lightyear One. With a driving range between 500 and 750 kilometres – not including the power reserves of the car’s solar capacity (and depending on the use of options and accessories, as well as freeway versus city driving) – the price tag for the Lightyear One is north of €120,000.

Powered by both solar energy and battery electric, motoring enthusiasts and clean energy advocates are already showing interest in the car and its potential.

As Arjo explained, “Solar is going to be the way of providing the energy, and the combination in transportation is interesting because you generate the electricity as close to the user as possible, directly on the car. In the end, all of our energy comes from the sun, and the most efficient way to get it from the sun to your wheels today is by having a solar panel directly on the car.”

“The main benefit of the Lightyear One is that it’s a really efficient car,” he continued. “Half of the trick is in the solar panel, and the other part is in the energy consumption of the car. It’s a very aerodynamic car – it’s a very light car with a very efficient powertrain – so it uses less energy per driven kilometre, which also means that, if you use the existing charging infrastructure, you actually charge faster in terms of the amount of kilometres that you can drive from one hour of charging.”

The keys to Lightyear’s first on-road car are  expected to be handed over in early 2021 and Arjo expects that the cost of a Lightyear One should come down as the company is able to scale-up production.

Tex commented, “There’s an interesting part happening we’re thinking about, where we can give back energy to the grid at the right time or take energy from the grid at the time. Therefore, you have to think about four million batteries driving in Europe and that’s going to be part of the whole energy grid, and that’s a very interesting development, I think.”

“Do I believe that electrification is here to be accelerated over the next five to 10 years? Yes. Do I believe that sun energy is going to play a very important role in that? Absolutely,” concluded Tex.